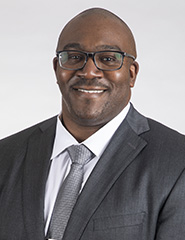 Darryl M. Chatman was appointed to the University of Missouri Board of Curators in 2017 by Governor Eric Greitens.

Chatman is the Senior Vice President of Governance and Compliance at the United Soybean Board.  He served previously as General Counsel for the Missouri Department of Agriculture and an attorney with Armstrong Teasdale, LLP in St. Louis. From January 2015 until January 2016, Chatman served as the deputy director for the Missouri Department of Agriculture.

Chatman previously served on the St. Louis Science Center Board of Trustees, the St. Louis Agribusiness Club Board of Directors and has served on search committees for the University of Missouri, including Athletic Director and Dean searches in 2016.