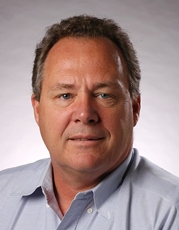 Dr. Jerry Taylor is known internationally as one of the top scholars and influencers in the field of animal genomics today. Taylor’s research focuses on using genetic mapping of cattle to identify economically important traits, i.e. milk production, then applying this information to cattle breeding selection and management. Taylor’s research paved the way to using DNA-based genomic improvement in nearly all livestock and crop species.

Taylor’s research in genomics does not end with mere biological curiosity. After spending a significant portion of his career in the agribusiness industry, he works intensively to apply his academic research on the bovine genome directly to businesses in a relevant and economically viable way.

While Taylor’s past research has been prolific, he continues to have a tremendous impact on the field. Since 2010 alone, Taylor has given 18 internationally invited presentations and 12 key nationally invited presentations, as well as presenting the 10th Annual 21st Century Corps of Discover Lecture at MU. Currently, Taylor is working on genomic research grants that total over $18 million. As a professor at MU, he has trained 44 graduate students and 13 postdoctoral fellows, producing very prominent scientists in the field of genomics.

Taylor’s nominators all emphasized his lasting impact on agriculture and agribusiness. “His research is big, relevant, important and doable, on a scale that is truly unique and innovative,” wrote a colleague of Taylor’s. “If a Nobel Prize were to be awarded in the agricultural sciences, Jerry Taylor and his collaborators would be on the top of the list for his novel achievements.”

Taylor’s sustained commitment and passion for his work over the course of his career has led to great innovations and developments that will continue to impact agriculture significantly.