With tuition outpacing state dollars, students should have a formal voice in university decision-making 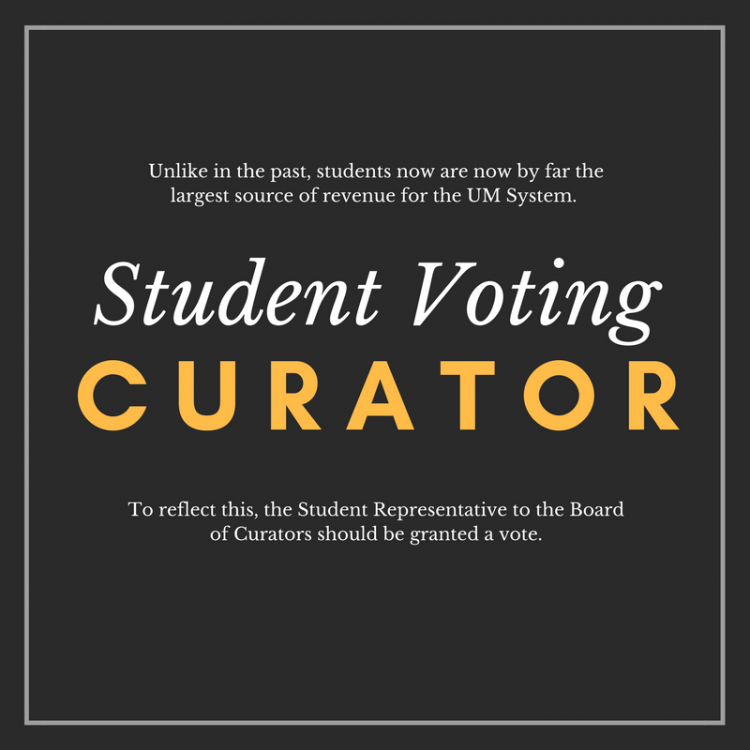 Last weekend, the ASUM Board elected to re-introduce its longest-standing platform to provide the Student Representative to the Board of Curators, a position ASUM lobbied successfully for in 1984 and to include in closed-door meetings in 1999. As The Maneater reported in 2015, there have been dozens of attempts to enact this legislation in the past, only one of which passed both the Missouri House and Senate, only to be vetoed by then-Governor Matt Blunt.

Despite the uphill battle, we believe that granting the Student Representative a vote at the University’s highest level of governance is more necessary and appropriate than ever. According to the University of Missouri System’s own data, tuition began to outpace state appropriations as the largest source of revenue: 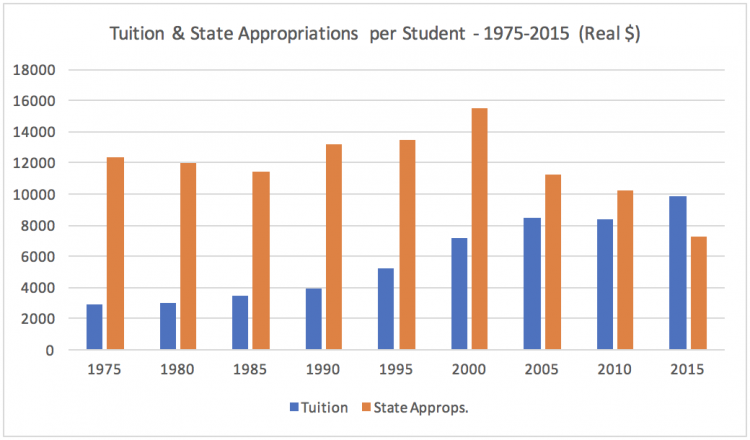 Providing the Student Representative a formal vote in the Board’s proceedings has substantial precedent, would represent a symbolic shift toward a student-centric mission, and is low risk. We hope to earn the support of the University of Missouri System administration in speaking with lawmakers about this bill in 2018.