Members of The Missouri 100 advise and assist the president in promoting the critical role of the University of Missouri System in our state's future and its reputation around the world. Its dedicated members are strong advocates for public policies and programs that promote the university's goals of excellence in teaching, world-class research, service to all our citizens, and stimulation of an entrepreneurial economy.

Click on a header to expand the selection and uncover additional information.

Missouri 100 members advise and assist the president in promoting the critical role of the University of Missouri System in our state’s future and its reputation around the world. Its dedicated members are strong advocates for public policies and programs that promote the university’s goals of excellence in teaching, world-class research, service to all our citizens, and stimulation of an entrepreneurial economy.

The Missouri 100, founded in 2007, is composed of proven leaders from many walks of life who believe that the key to future prosperity and quality of life for Missouri’s people rests in a strong university with roots in the land-grant tradition. They share the conviction that we must actively support our state’s only public research university if Missouri is to be competitive in the world’s new information-based economy. To that end, the members have agreed to contribute their time and energy in support of the most pressing priorities of the University of Missouri System, its four campuses, University of Missouri Health Care and Extension.

Missouri 100 leadership has transitioned from a tri-chair model to an executive committee model. This new model will allow for representation from all four of our university campus cities or alumni network to lead this advisory group. 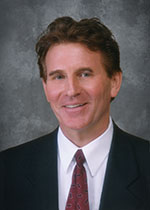 Richard Miller is Chief Executive Officer of Miller’s Professional Imaging/Mpix, the largest professional photo lab organization in the United States with locations in Columbia, Mo., and Pittsburg, Kan. His company was named Photofinisher of the Year in 1994.

Miller received his bachelor’s degree in mathematics from MU. He is currently serving as a Tri-chair of the MU “Our Time To Lead” Campaign Cabinet, serves on the MU Flagship Council Board and the Arts and Science Strategic Development Board, as well as serving on several positions at Pittsburg State University. In 2004, he received a Doctorate of Humane Letters honorary degree from MU, and in 2018 he received the MU Faculty-Alumni Distinguished Service Award.

***Note: UMSL Representative will replace Richard Miller in Fall of 2020. 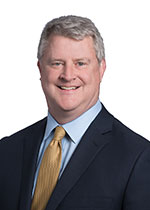 He has successfully defended clients in class actions across a broad range of subject matters, including healthcare, the Employee Retirement Income Security Act (ERISA), financial and insurance regulations, antitrust, securities fraud, software licensing and royalties, software conversion projects, and consumer protection laws. Additionally, Jeff has represented manufacturers of building products and other consumer goods, as well as clients in highly regulated industries such as healthcare and insurance, in tort, breach of warranty, breach of contract, regulatory and antitrust matters. 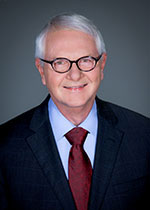 Thomas Voss is chairman of the board of Smart Wires, a California based company. Voss served as chairman, president, and CEO of Ameren before he retired in 2014. Voss began his career with Union Electric (now Ameren Missouri) in 1969 as an engineer. After serving four years in the U.S. Air Force as an officer, he returned to Union Electric. Voss has held a series of successively higher positions with Union Electric and Ameren including superintendent, district manager, vice president, president and CEO. In 2001, Voss was co-inventor on a patent for the Ameren Abacus, a meter information management system.

At Missouri S&T, Voss is a member of the Academy of Electrical and Computer Engineering and has served on the Board of Trustees since 2017, currently he is their vice president. He previously served on the Board from 2015-2016. Voss is a former member of the University of Missouri System Board of Curators. Besides his BSEE degree from S&T, he also received a Professional degree in 2001 and an Honorary Doctor of Engineering in 2018. He served on the Alumni Association Board of Directors and is an Alumni Achievement Award recipient. Voss and his wife, Carol, are members of the Order of the Golden Shillelagh. 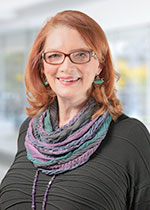 Linda is a graduate of the University of Missouri, Columbia and did some graduate work at UMKC prior to a transfer to New York.  She and her husband, Terry (a graduate of UMR as well as UMKC), have also been involved in various ways with UMKC for many decades. They have particularly championed the Schools of Education at both UMC and UMKC.  Linda attended Missouri 100 from inception as her sister’s guest and has been a member since 2013.

Her career spans five decades and she has been EVP/COO at the Center for Practical Bioethics since 2004.  In addition to her COO role, she leads corporate programs at Hallmark offering employee education in advance care planning as well as coaching and advocacy when dealing with advanced illness.

She has served on numerous boards and was the first woman to chair the Westminster College board of trustees, which honored her with an honorary doctorate of humane letters in 2004. Linda has been named a Churchill Fellow of Westminster College and Central Exchange Woman of the Year. She is the recipient of the Gillis Spirit of Kansas City Award, the Ann Robb Townsend Award for Business Leadership, and Kansas City Tomorrow’s Distinguished Alumni Award, and in 2007 was honored with the Look North Award from the Clay County Economic Development Council. In 2009, she received the Pinnacle Award from the Northland Community Foundation, and in 2017 she and her husband Terry received the Volunteers of the Year award from Nonprofit Connect.