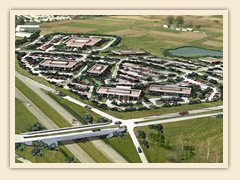 The routing of future roads and potential future phases of the park are depicted in relation to South Farm in the attached proposed Master Plan. Gans Creek Road is proposed to join Rolling Hills Road near the Rolling Hills/New Haven Road intersection. Proposed as a parkway, it could serve as an alternative route between US63 and I70 looping east of Columbia. The future phases of the park itself are planned to concentrate on proximity to US63 as depicted in the Master Plan