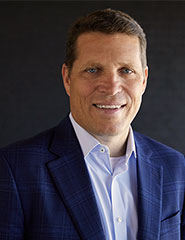 Todd P. Graves was appointed to the University of Missouri Board of Curators in 2021 by Governor Mike Parson.

Graves is a lawyer in private practice with the law firm of Graves Garrett.  He represents clients nationwide before federal and state courts and administrative agencies. Graves served previously as the United States Attorney for the Western District of Missouri. At that time, he also served as a member of the Attorney General’s Advisory Committee, advising the Attorney General on Department of Justice national priorities and policies. In 1994, he was elected as Platte County Prosecuting Attorney and held that position until 1998. Prior to his service as Platte County Prosecuting Attorney, Graves was in private practice with the Bryan Cave law firm. Before joining Bryan Cave, he was an Assistant Attorney General for the State of Missouri.

Graves is the immediate past President of the Pony Express Council of the Boy Scouts of America. Additionally, he serves on the Board of Directors for Ballotpedia, an organization dedicated to building the Encyclopedia of American Politics, and is a founding board member of the Kansas City Missouri Police Foundation.