Columbia, Mo.— The University of Missouri Board of Curators is mourning the death of Student Representative Remington Williams, who died in a car accident on Wednesday.

“Remington was an outstanding individual and a tremendous asset to the Board of Curators,” Board Chair Darryl Chatman said. “He was actively engaged with the students at each of our four universities and worked to amplify their successes, promote their stories and ensure their concerns were heard. Remington was the best of us, and our thoughts are with his family and friends.”

“Remington dedicated himself to the service of the University of Missouri,” UM President Mun Choi said. “As a student of not one, but two System universities, Remington was deeply connected to his fellow students and advocated for their interests to the Board of Curators. He was committed to advancing the mission of the university and ensuring all students had the opportunity to receive an excellent education and an outstanding experience. He will be sorely missed.”

Williams was appointed by Gov. Mike Parson in July 2020. He was a recent graduate of the University of Missouri-Kansas City School of Law, where he was a member of the Law Review and Honor Court. He was also completing a Master of Business Administration from the University of Missouri-St. Louis. The System’s Office of General Counsel had recently extended an offer for him to serve as a fellow.

Williams earned a Bachelor of Science degree in Business Administration and Spanish from Georgetown College in 2019. As an undergraduate at Georgetown, he served as student body president, president of his fraternity and vice president of the Georgetown Activities Council. Williams was also a proud graduate of the National Leadership Conference in Shelby, Michigan.

The student representative to the UM Board of Curators serves as the students’ voice to the governing body of the University of Missouri System, which includes the University of Missouri-Columbia, UMKC, Missouri University of Science and Technology and UMSL. The student representative is appointed by the governor of Missouri and confirmed by the Missouri Senate, and serves a two-year term. Appointments rotate among the System’s four universities, so students at each institution have a rotating opportunity to represent the more than 77,000 students enrolled at UM universities. 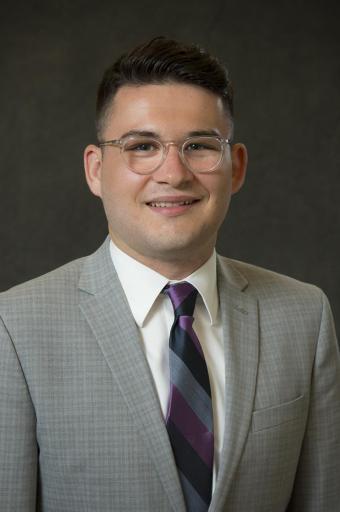