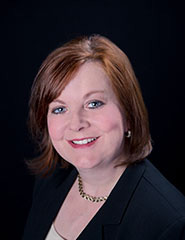 Robin R. Wenneker was appointed to the University of Missouri Board of Curators in 2020 by Gov. Michael L. Parson.

Wenneker is the Managing Partner of CPW Partnership, a family business that owns farm, rental and raw land holdings. She has worked with her family for over 20 years handling investments, legal, government and accounting interfaces. Prior to working in her family business, Robin worked for Procter & Gamble, the 1996 Atlanta Paralympic Games and Marketing Mix.

Residing in Boone County, Wenneker is a board member for the Columbia Housing Authority, the Columbia Community Housing Trust and Commerce Bank's Central Missouri Advisory Board. Wenneker is an alumna of both the Greater Missouri Leadership Challenge and the Agricultural Leadership of Tomorrow programs. Wenneker is a Past President of the Mizzou Alumni Association and was the recipient of their Outstanding Graduate of the Last Decade (GOLD) Award in 2001. She also is a member of the UM System Intercampus Alumni Council.

Previously, she served on the Board of Commissioners for the Missouri Coordinating Board for Higher Education, the state board of directors for Georgia's and Missouri's Court Appointed Special Advocates (CASA) programs, the City of Columbia Water & Light Advisory Board, the Children’s Grove and the organizing committee for the inaugural St. Louis Komen Race for the Cure. She was awarded the Missouri Scholars Academy Standing Ovation Award for her advocacy efforts in support of people with disabilities.