About the South African Education Program

In June 1986, a formal memorandum of academic cooperation was signed by then UM President C. Peter Magrath and then UWC Rector Jakes Gerwel. This agreement has the distinction of being the first ever developed between a non-white South African university and an American university.

Read more about the UMSAEP history, including participants' testimonials ...

UM/UWC: Reflecting on 30 Years (0:40). Trouble viewing the video in your browser? Click here to view video message on YouTube.

About the University of the Western Cape 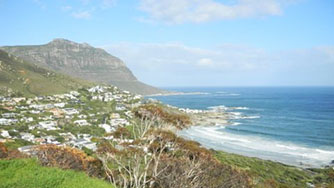 Under the apartheid regime, UWC was established in 1959 as a university for "coloured" (a neutral term in South Africa used to describe anyone of mixed race) students. Not surprisingly, it was badly underfunded at the time. Nonetheless, UWC was one of the intellectual centers of the anti-apartheid movement. The end of the apartheid government witnessed a rise in UWC’s stature. Indeed, almost one-third of President Mandela’s initial cabinet were faculty members of UWC. Under the leadership of Rector Brian O’Connell, UWC has made remarkable progress.

Today, with its autonomous status, UWC is open to all South Africans and operates under a non-racial democratic philosophy. It is recognized as one of the top ranked universities in South Africa with a well-earned, continuing reputation as one of the intellectual centers opposing apartheid's effects. Archbishop Desmond Tutu served as the chancellor of the university for many years.

For a more detailed look at campus turmoil that led to the creation of the UMSAEP, see this 2007 article.